iOS / iPadOS devices are severely limited inside VDO.Ninja. This is the outcome of choices made by Apple. Still, VDO.Ninja tries to extract as much performance as possible from those devices.

VDO.Ninja has been tested with iOS v12, v13, and v14, but iOS v10 and under is strictly not supported. Older iPad devices as a result are not compatible and likely never will be.

There is a very basic native iOS app available for VDO.Ninja, but it does not support group rooms. Find it here: https://apps.apple.com/ca/app/capture-for-obs-ninja/id1553645446​

iOS users, please upgrade your iOS to at least v13.4 to avoid some critical bugs, although even newer is generally better.

Another issue with iOS is that you need to close ALL OLD browser tabs in iOS Safari that have made use of the camera, including old VDO.Ninja tabs. If not, the camera will not load/appear.

iOS users will be able to view other guests in the Group Rooms, but they will not publish video to other guests. This is due to limitation of iOS devices. You can force attempted access to view a stream though by adding &forceios to your URL, but this might break someone else's stream.

iOS users can publish video to a maximum of THREE streams, and I've decided to reserve those for the Directors control room and for OBS feeds. Beyond three streams, loaded video streams will cut to black or fail altogether if forced.

iOS 13 and iOS 14 have support for VP8, a software-based video encoder, which can output more than 3 streams. However, it will perform very poorly on older iOS devices and will perform even worse if selecting a high resolution when joining a group-room. Use at your own risk.

H264 is the default video encoder on iOS, yet H264 only supports up to 720p30 on iOS. If you try to push 1080p via H264 (default) in VDO.Ninja, remote viewers will not receive a video stream. It will simply appear to have broken or not loaded. For this reason, I limit iOS devices to 720p max, unless explicitly defined otherwise.

VP8 supports 1920x1080p software-based encoding on newer iOS versions, but it will drain your battery fast and may perform poorly. You will have to manually specify &width=1920&height=1080 to enable it, when setting up the iOS device as a publisher. Setting &quality=0 will still publish at 720p.

VP9 is supported on iOS 14, if you enable it as an experimental flag in the iOS Safari advanced settings. It supports 1080p, software-based encoding, and acts a lot like VP8. It generally is finicky, with low-frame rates being common, so use at your own risk.

External microphones are supported on iOS, however iOS devices can be very finicky as to whether they work or not. A strong signal from your microphone and a proper connector (3.5mm TRRS and/or a legitimate Lightning adapter with microphone support). It should automatically work if it works; there is no drop down option for "external microphone" that you need to select in VDO.Ninja.

If full-screening a video on iOS devices, sometimes that can cause the outbound video to freeze.

Video out from an iOS device may initially be choppy; this usually smooths out over the course of seconds to a minute. If not, try to lower the resolution.

iOS does not support many features of VDO.Ninja. It lacks Zoom, Focus, &scale=50, &buffer, Stats, and many other advanced commands.

Audio quality from an iOS generally is pretty low quality. Disabling audio enhancements can sometimes help improve the clarity. It is recommended that the user be wearing headphones though to avoid any feedback issues.

iOS does not work with the volume visualizer meter; it causes clicking noises when used, so it has been disabled.

AirPods can create clicking or distortion if used as a microphone; please ensure they are fully-charged if you intend to use them in a live production. If they are on low-power, they will create audible problems. 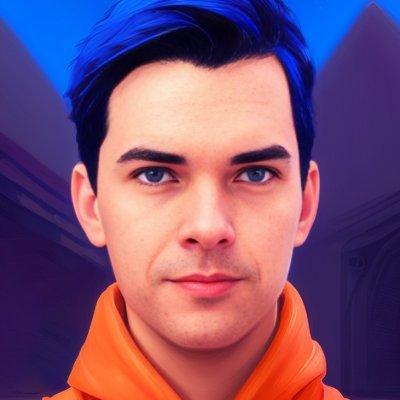